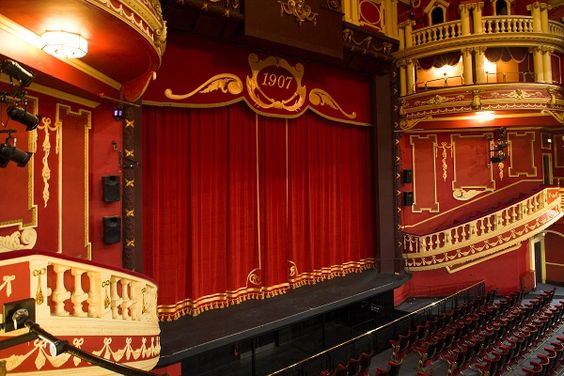 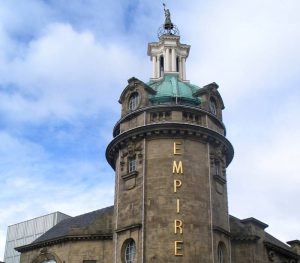 A trip to Sunderland is incomplete without a visit to the iconic Empire Theatre. Originally called The Empire Palace, Sunderland Empire Theatre was opened on 1st July 1907 and hosted a variety of different shows and performances all the way through the mid-1920s. The magnificent theatre has always been the centre of attention in the town. The replica of the beautiful statue of Terpsichore adorns the top of the entrance while the original one now sits at the top of the main staircase within the theatre. The theatre introduced new concepts like projections and motion pictures in 1930 to reinvent the entertainment value.

Steele, the rock singer, went on to play at the theatre many times throughout his career. The theatre seemed to be doing quite well through the 40s and 50s and 1956 was an incredibly happy time for the theatre’s owners as Tommy Steele took the stage in the theatre. However, the theatre closed its doors in May of 1959 due to financial challenges. 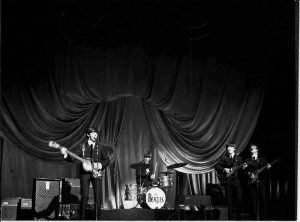 In 1960, the Sunderland Council purchased the theatre and reopened it in 1960, just in perfect time for The Beatles to take the world by storm. During their first UK tour, The Beatles played at the Sunderland Empire Theatre. The theatre has been offering musicals, opera, dance, ballet and a variety of other productions on stage. The world-famous British actor, Helen Mirren also made her debut on stage at Sunderland Empire.

In 2004, the theatre went through a major refurbishment to expand the stage and the height of the tower. The goal was to allow West End shows to be able to be performed, and this was seen as a major success. Since the refurbishment, the following shows have taken place: Starlight Express, Miss Saigon, Chitty Chitty Bang Bang, Footloose, Scrooge, Cinderella and Beauty and The Beast.

Legends say that ghosts are quite common in the theatre. It is said that the ghost of Sid James, an English character and comic actor, still haunts the backstage area, waiting to perform onstage. There are two other ghosts that are also said to occupy space.

The seating arrangement is divided into four main tiers: Stalls, Dress Circle, Upper Circle and Gallery. The theatre has a full seating capacity of 1,860 patrons. With all the standing positions occupied, the maximum capacity seen is 2,200 people. While not common, larger shows do have many patrons standing to watch the show.

The theatre is located on High Street West in Sunderland. By car, you will be able to take the A183 or A1231 to the theatre. The theatre recommends mapping out your route using Google Maps. Buses, using Simply Go, will also drop visitors off close to the arena.

Pro Tip: Remember to try and get to the theatre as early as possible. You can relax and enjoy a drink inside before the show and will be able to get to your seat earlier as a result.

Comfort Inn Hotel is just a 7-minute drive away from Sunderland Empire Theatre. After enjoying a great show at the theatre, head back to a relaxing stay with comfy beds, free wi-fi, free parking, and a restaurant next door.

Explore Sunderland with Comfort Inn Hotel! Become a member and enjoy exclusive discounts on local attractions, restaurants, bars, and popular places in and around the town. Write to us at care@aghotels.co.uk and our team will be happy to help you.