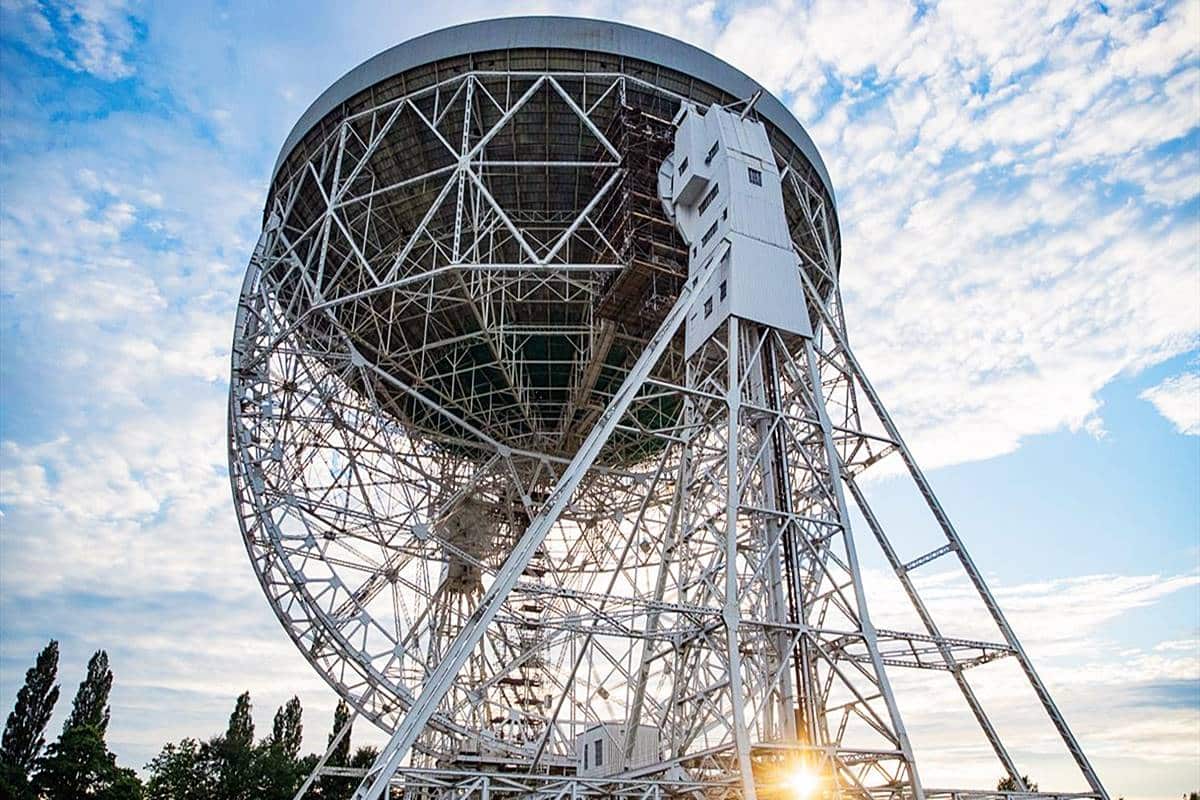 The UK’s newest UNESCO World Heritage site, Jodrell Bank Discovery Centre is an icon for British science and engineering. For the last 75 years, the Centre has been at the forefront of ground-breaking discoveries and world-leading research. The Observatory is home to the world-famous Lovell Telescope and sees 150,000 visitors each year.

The first scientific experiment at Jodrell Bank took place 75 years ago; from an army radar trailer, on a damp and icy Friday afternoon on 14 December 1945. Since then, it has made a unique contribution including capturing the moment when the Eagle lander, carrying Neil Armstrong and Buzz Aldrin, touched down on Moon’s surface in 1969. A national centre for excellence in public engagement, the Centre prides itself on delivering an important programme of educational services to a wide range of people and communities.

The Lovell Telescope, an internationally renowned landmark in the world of astronomy, is a radio telescope at Jodrell Bank Observatory. At the time of its construction in 1957, the telescope was the largest steerable dish radio telescope in the world with 76.2 m (250 ft) in diameter. Even today, it remains one of the biggest and most powerful radio telescopes in the world, helping scientists to probe the depths of space. The huge white bowl, fashioned in the shape of a paraboloid, is the most striking feature of the Telescope and can be seen from many miles around. The telescope has played a vital role in space tracking and the study of the radio universe.

You can enjoy a range of fun-filled activities with your family and friends including the telescope talk about Jodrell Bank’s fascinating history, Orrery demonstration, the Jodrell Bank Arboretum and space photography exhibitions. You can conclude your visit with a trip to the Jodrell Bank gift shop and The Planet Cafe.

Casa Mere Hotel is just a 19-minute away from Jodrell Bank Discovery Centre.

Knutsford offers a variety of experiences to travellers with diverse interests. If you want to explore Knutsford with Casa Mere Hotel, then write to us at care@aghotels.co.uk to become a member and enjoy exclusive discounts on local attractions, restaurants, bars, and popular places in and around the town.