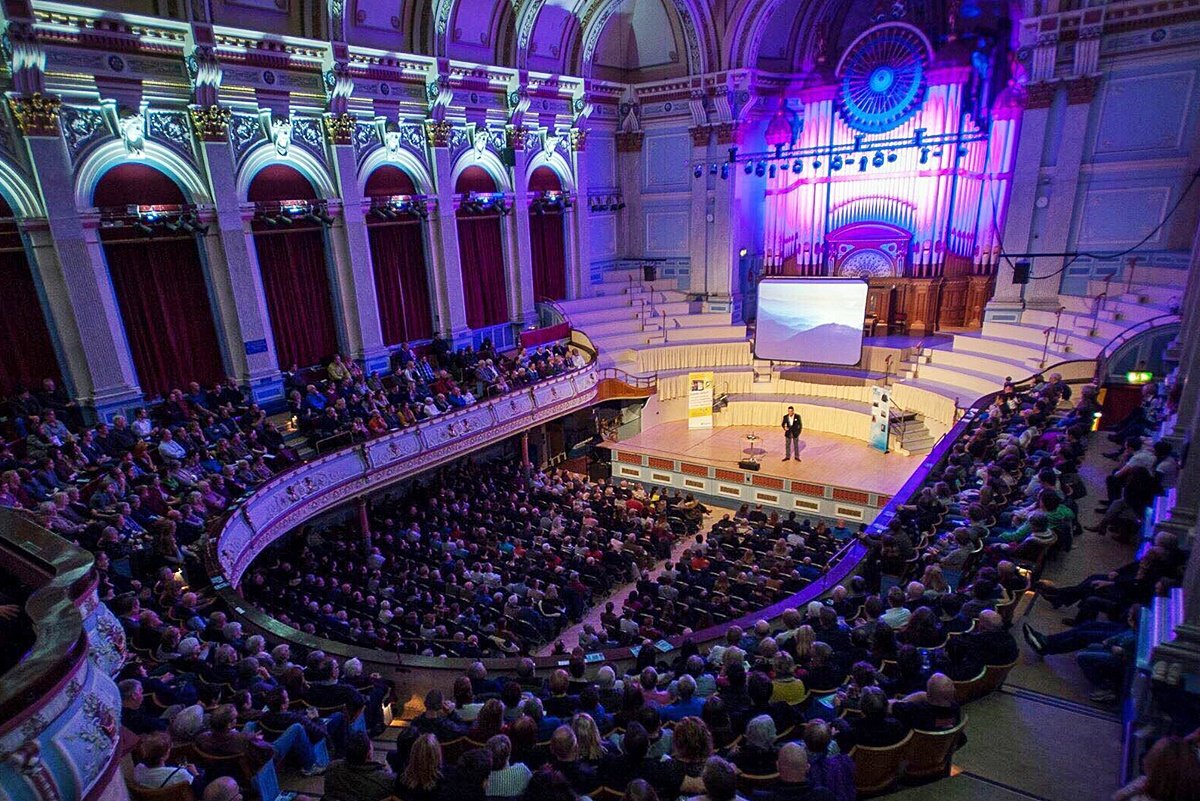 Huddersfield Town Hall is a Grade II listed building in the heart of Huddersfield. The building was designed by John Henry Abbey in the Classical style. Then Princess, Her Majesty Queen Elizabeth and the Duke of Edinburgh visited the town hall and waved to the crowd from the balcony on 26 July 1949. As iconic as its history, it also houses a spectacular concert hall which can hold up to 1200 people and hosts numerous top-quality events throughout the year.

If a trip to Huddersfield is on your card, then don’t miss the following events happening at the town hall:

A New Romantic Symphony that goes on a journey through one of the greatest musical Eras of All Time – The Electrifying ’80s Featuring songs from the legendary artists such as Duran Duran, Spandau Ballet, The Human League, Ultravox, Tears For Fears, Depeche Mode, OMD, Japan, ABC, Soft Cell and many more. Performed by an incredible live band with awesome symphonic arrangements combined with stunning vocals and cast, this is a must-see show that simply defines a decade.

Bond in Concert features the UK’s finest “Session One” band with internationally accredited vocalists to celebrate the music of the most famous spy. One of the most recognisable brands in the world today, Bond has been saving the day for more than 50 years and music from films has become an institute. Attracting artists such as Madonna, Adele, Shirley Bassey, Sam Smith and Sheryl Crow, being a “Bond Artist” is a credit that very few can claim. Experience a cinematic journey through the life of the World’s most famous spy. From Goldfinger to Skyfall and Thunderball to Octopussy.

The glory days of top vocal group Odyssey, one of the most successful soul/disco acts of their era, culminated in the early 1980s when they topped the charts with ‘Use It Up And Wear It Out’, scoring several other Top Ten hits in Britain and throughout the world. From their debut album emerged their first smash single – Native New Yorker, an international hit late in 1977. Enjoy the show as the trio returns to enthral you once again.

The World’s premier show in celebration of ‘The Velvet Voice’. Experience all the hits from his amazing career, culminating in over 40 million album sales and eight Grammy awards including many of the greatest dance anthems and love songs ever written, fronted by international Luther Vandross tribute Harry Cambridge and his 10 piece band. Luther Vandross the legend lives on.

Are you ready for love? Get ready for take-off as we bring you the number one tribute to one of the greatest musicians of all time, Sir Elton John! Starring world-renowned tribute artist Jimmy Love, no one else recreates the flamboyant megastar with as much vigour and brilliance. Enjoy as Jimmy and the amazing in-house live band take you down the Yellow Brick Road with 2 hours of glorious Elton hits, from Crocodile Rock to Philadelphia Freedom and the beautiful Your Song to I Guess That’s Why They Call it The Blues. With dazzling costumes, stunning vocals and sensational piano solos, this show has it all!

Direct from London’s West End, join the Chicago Blues Brothers and their 9-piece band, for a brand new 2-hour all singing, all dancing hit parade bringing you the greatest movie anthems of all time performed live in concert. Featuring the greatest hits from both Blues Brothers Movies with some of the greatest movie tracks of all time. Classic soundtrack anthems from Footloose, Back to the Future, The Rocky Horror Picture Show with a few surprises and plenty of lunacy thrown in.  You’ll dance, you’ll sing, you’ll have the time of your life.

Celebrating the music of the legendary West Coast Country Rock band, The Illegal Eagles visit Huddersfield Town Hall for the first time, bringing their trademark musical prowess, acute attention to detail and incredible showmanship. This critically acclaimed show features the very best from the Eagles’ catalogue of classics including Hotel California, Desperado, Take It Easy, New Kid In Town, Life In The Fast Lane and many more.

Huddersfield Town Hall is just a 13-minute drive away from Fortune Hotel. Book direct with us to enjoy the best rates and offers: www.aghotels.co.uk/fortune-hotel

Become a member and explore Huddersfield with us! Gold Members get exclusive discounts on local attractions, restaurants, bars, and more. Please write to us at care@aghotels.co.uk for more details.