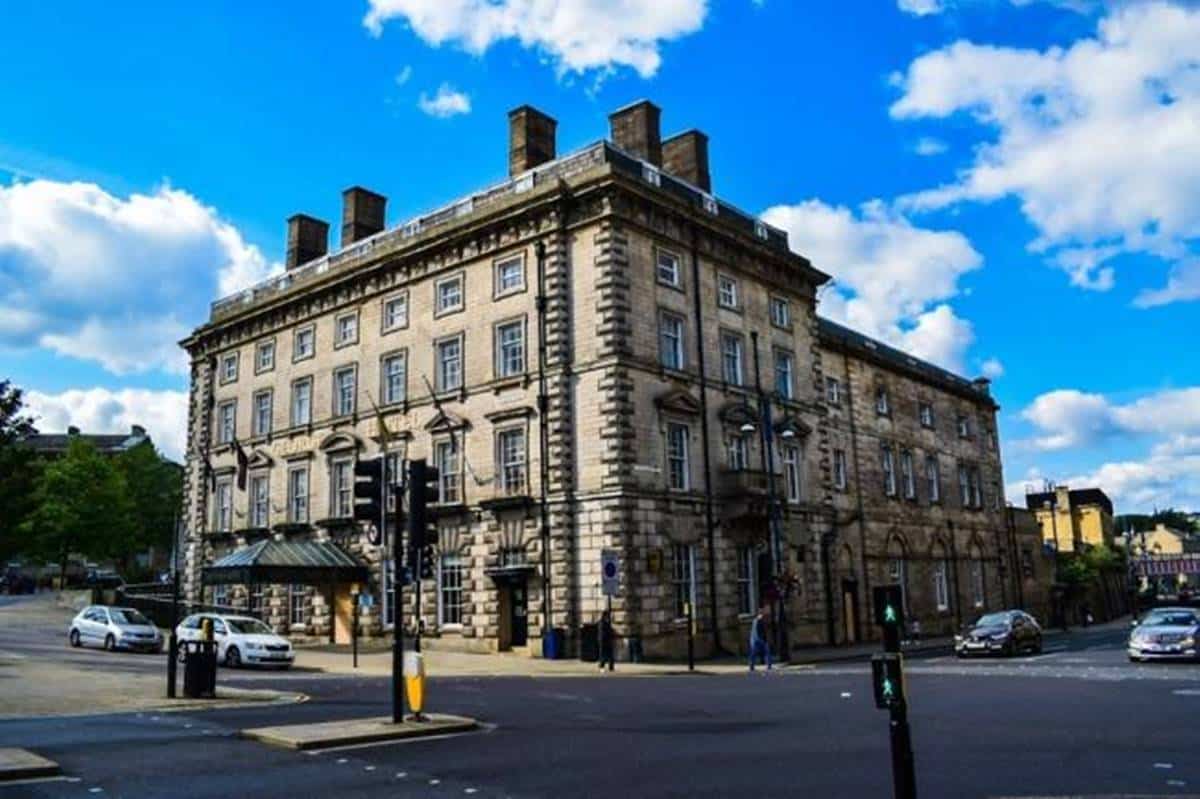 If you are not from Huddersfield, you may not know about the incredible places that town has to offer for your UK trip. To start with, Huddersfield is a large market town in the metropolitan borough of Kirklees, West Yorkshire. Situated halfway between Leeds and Manchester, the town lies 190 miles north of London, and 10.3 miles south of Bradford, the nearest city. It has been a place of the industrial revolution and is known for being the birthplace of Rugby League, Prime Minister Harold Wilson, and the international film star, James Mason. Now that you have learnt some fascinating facts about Huddersfield, let’s explore Huddersfield in Fortune Hotel way:

The history of Huddersfield Railway Station, a Grade I listed building, dates to the 1850s. The station was described by the famous English poet, writer, and broadcaster, Sir John Betjeman as ‘the most splendid station façade in England’. It is situated in St Georges Square, which won the Europa Nostra award for European architecture. In 2014, English Heritage, a registered charity that manages the National Heritage Collection put the station in the list of “the 10 Greatest English Railway Stations”. The statue of Harold Wilson who served as the UK’s Prime Minister twice graces the award-winning station.

Huddersfield is the birthplace of the Rugby League, which was founded in 1895. The history goes back to 29th August 1895 when 21 clubs met at the George Hotel, Huddersfield and agreed on a breakaway from the Rugby Football Union to establish the Rugby League. The local Rugby League team is known as the ‘Huddersfield Giants’ which plays in the European Super League. A plaque outside the George Hotel is situated to remember the meeting which created the sport of rugby league. The hotel is now set to become the sports’ national museum, which will tell the wonderful story of a sport that remains important to the communities.

Greenhead Park is a world away from the hustle and bustle of urban life. It is the largest park in Huddersfield and the list of attractions includes a skate park, bowling greens, tennis courts, miniature steam railway, rides, play areas, paddling pool, horse and carriage rides, conservatory, and much more. Out of five lakes in the park, Ornamental Lake is the largest one which was recently redesigned to attract wildlife. It has two refreshment areas, Cafe in the Park by the tennis courts and a newer The Park located behind the conservatory where customers can dine outdoors or in the conservatory.

Huddersfield is known for its large and diverse retail shopping area enclosed within the town’s ring road. The town centre is home to several national high street retailers and chain stores. You can go on a shopping spree to three shopping areas including Kingsgate, The Packhorse Precinct and The Piazza Centre. The Piazza offers an outdoor shopping mall near the public library, with a grassed area, used for relaxation and events throughout the year. Near to the centre, Market Arcade is a covered market hall with listed building status due to its distinctive roof formed by hyperbolic paraboloids. Also, there is an open market located next to Tesco on the opposite side of the town centre.

The John Smith’s Stadium is a multi-use sports stadium with a gym, swimming, spa, and sporting classes facilities. The stadium is home to Huddersfield Giants and Huddersfield Town football team. Among other entertainment options, you can also enjoy dance, drama, comedy, music and exhibitions at The Lawrence Batley Theatre. You can also explore many pubs, restaurants and night clubs including Tokyo that occupies the former Huddersfield County Court, a 19th-century Grade II listed building. Don’t forget to visit the oldest pub, the Parish (formerly the Fleece Inn), which has been trading since 1720.

Explore Huddersfield with Fortune Hotel! Become a member and enjoy exclusive discounts on local attractions, restaurants, pubs, and popular places in and around the town. Write to us at care@aghotels.co.uk and our team will be happy to help you.